Despite what some other companies will tell you, the truth is that not every month of the year is ideal for heliskiing. If you’re wedded to a particular month, then it might be that we’d recommend a back-country or off-piste adventure instead.

Take a look at our suggestions below and for advice or more information about any of these trips, please contact James Orr on 0333 006 5816.

January
The first month of the year is also the prime month for a trip to Japan. ‘Japanuary’ means deep powder in Japan – so ski fast loops through the light powder in the trees.

In Canada it’s all about cat skiing or tree skiing, as it’s more likely to be snowing. Some people prefer this kind of terrain. However, it’s generally a less-good month for the weather. 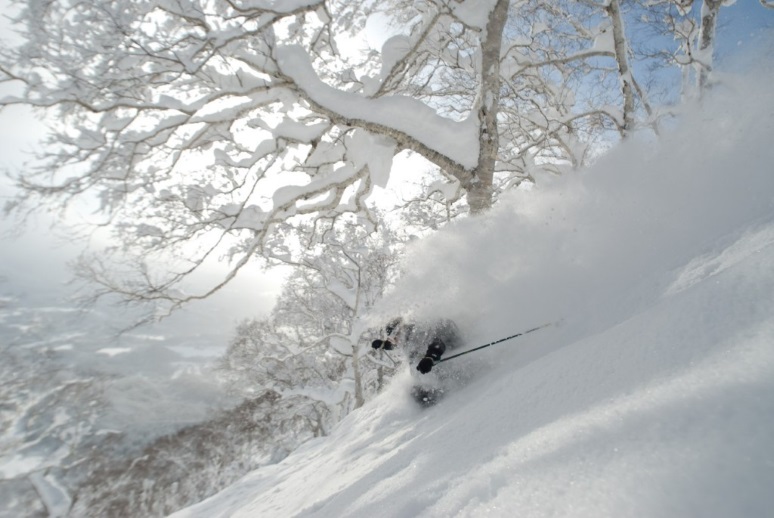 February
The second month of the year is generally considered to be the best month for heli skiing in Canada. The snow is deep, but there are more blue sky days and it’s also still good for cat skiing. February is another great month for trying out the ‘Ja-pow’.

March
As the sun comes out in Europe, it’s time to enjoy some off-piste and heli-skiing in Italy. Our ‘Heli Intro Experience’ is the perfect way to have your first heliski adventure, as well as enjoying the giant backcountry ski area of the Monterosa Freeride Paradise. 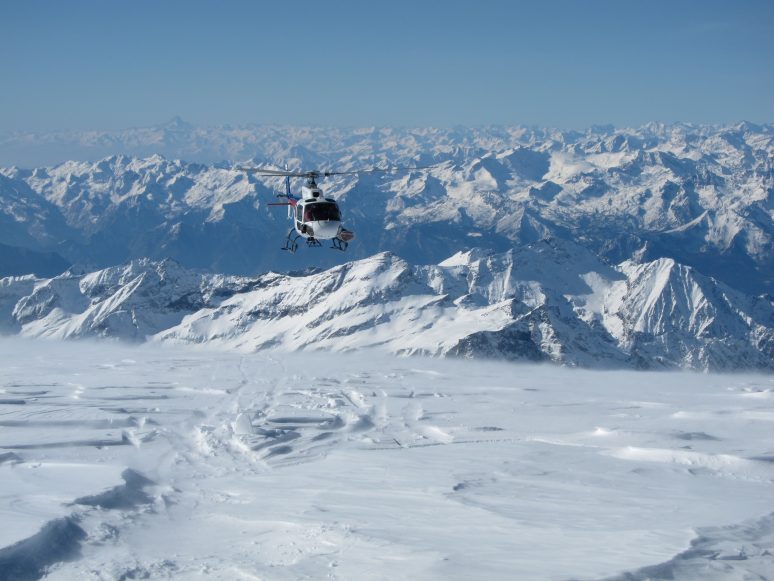 Flying in for a helidrop in Italy

April
April is the best month for heliskiing in Alaska. The season for heliski trips to Alaska is really limited to March and April. Due to its northern location the days are very dark during January and February. By April, the days are longer, the temperature is warmer and the weather is better.

In Canada, the season have more or so drawn to a close, but an alternative to Alaska would be high mountain hut-to-hut ski touring in the Alps. 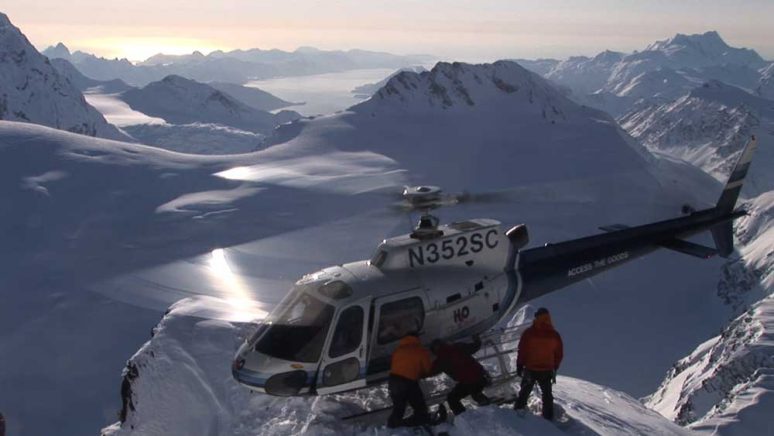 May
Typically the time of year between seasons north and south, May is the best time to go heli skiing in Iceland. Also located in the far north, the season in Iceland is April and May.

The skiing is all located around coastal areas, offering stunning fjord scenery, and vertical drops of up to 5000ft from your helidrop at the top of mountain direct to the beach. You’ll be based remotely in a lodge, heliskiing 7-8 drops per day from summit to sea.

June
By June it’s time for the southern hemisphere to take over. This is the best time of year for heli skiing in New Zealand. We recommend trying the Harris Mountain heliski operation in Wanaka, with vertical drops from 600m to just over 1000m, all above the treeline. 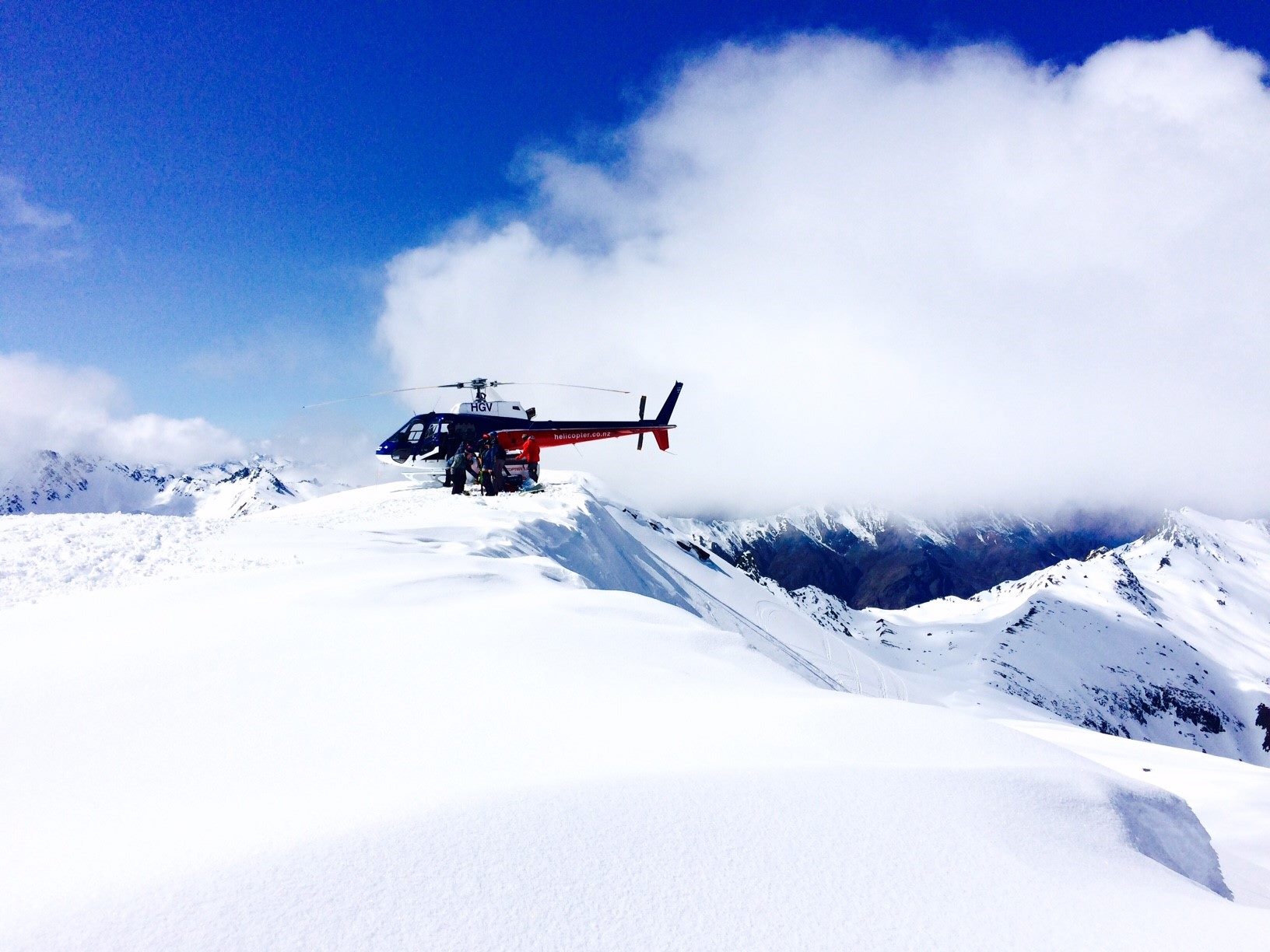 July
In July, why not try a trip to Chile in South America. You’ll find the best options in Portillo or Valle Nevado in the Andes mountain range.

August
Put your feet up and enjoy a month of no skiing…just sit a deck-chair and dream of winter! 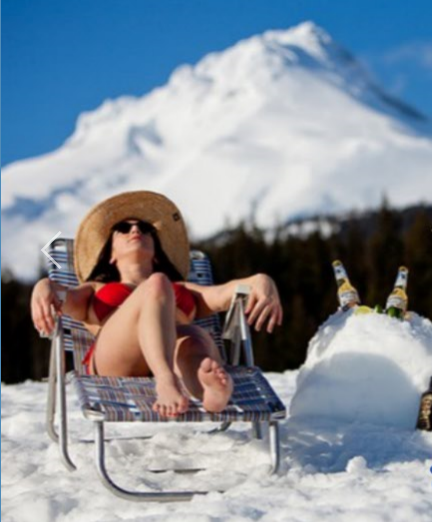 September
As autumn arrives you’ll still need to stay in the southern hemisphere: try some heliskiing in Argentina. As with Chile, you can expect high altitudes and big vertical drops.

We work with a number of partners and can arrange luxurious accommodation in the Mendoza region and superb terrain in the Andean mountains.

October
As the northern winter nears, why not take a break by going glacier skiing in the Alps? At a time when most people in the UK haven’t skied for at least six months.

It’s actually a great time to get away as the slopes are empty and you can end up in the lift queue with national team ski racers on pre-season training camps.

The best options for this month are Zermatt and Saas Fee in Switzerland, and in Austria there are several choices including Hintertux above Mayrhofen, the Kitzsteinhorn glacier at Kaprun and Stubai near Innsbruck. 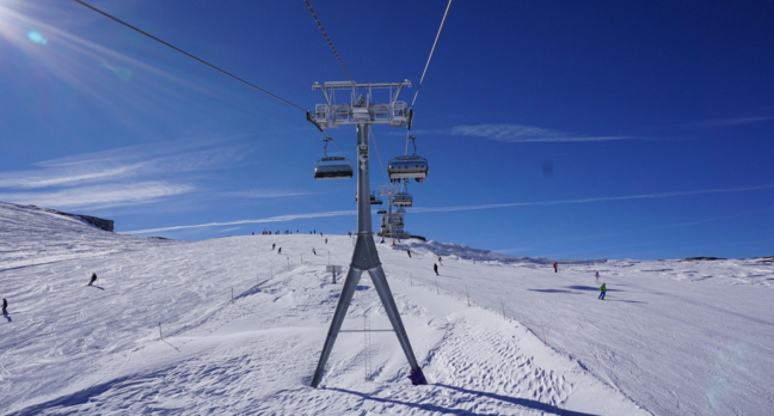 November
For something different why not try heliskiing in Antarctica in November. Starting in the Patagonian south of Chile, you travel by boat from Punta Arenas.

Your sail-to-ski experience will see you living on board and flying off each day by helicopter for summit to sea runs, as well as the chance to see some amazing wildlife.

December
What better Christmas present could you receive (or give yourself!) than taking a heliskiing trip to stay at one of the world’s best chalets with a heli-pad?

In terms of luxury heliski trips, Bighorn Lodge in Revelstoke, Canada is probably the best possible base for any heliskiing adventure. It’s been voted the ‘World’s Best Ski Chalet’ on multiple occasions. With gourmet cuisine and your own private helipad right outside, plus access to Revelstoke’s superb snow, it doesn’t get better than this.

James Orr Heliski – Amazing Experiences, all year round
If you’d like expert advice on your next heliski or back-country adventure, then please give James Orr a call on 0333 006 5816 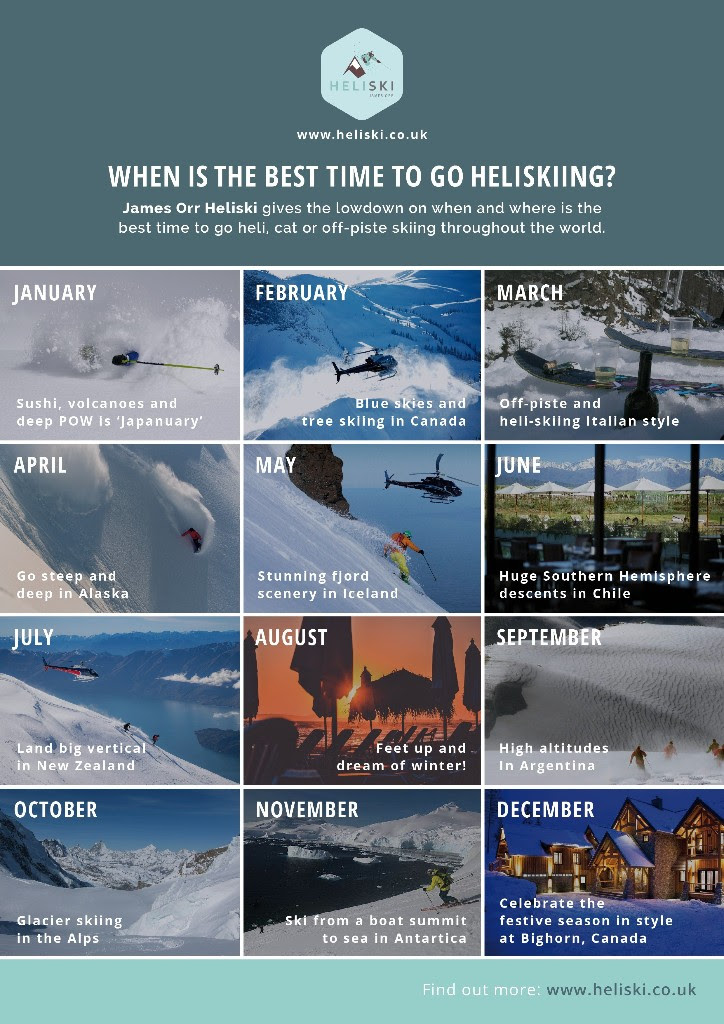