The inaugural ‘Heliski with Graham Bell’ weekend, organised by James Orr Heliski earlier this month was a great success – helped by superb snow and some luck with the weather.

Most of the group flew out from Gatwick during the winter storms brought to the UK by the ‘Beast from the East’. The flight to Milan before ours and the flight after ours were both cancelled, so we all breathed a huge sigh of relief when we took off. 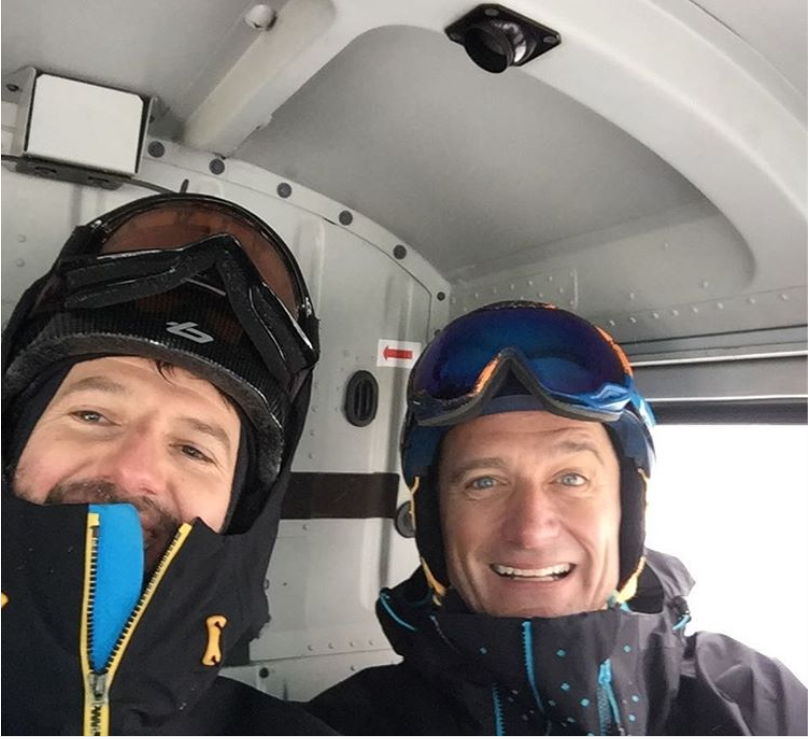 LGW v. The Beast from the East

We were greeted on day one in Alagna with overcast skies and poor visibility, but thanks to our excellent guides, still discovered some excellent snow in the extensive backcountry that the Monterosa Freeride Paradise has to offer.

We also spend an essential session at the ARVA training zone, making sure that all members of the group knew exactly how to use a transceiver, probe and shovel, in the event of an avalanche. There’s no point carrying a transceiver if you don’t know how to use it and everyone benefited, even if we hoped we wouldn’t ever need to put what we’d learned into practice.

In the lap of the weather gods…

But would we get to heliski? That was up to the weather gods and as we went to bed on Friday night, the signs were not looking good, with another poor day forecast.

There’s nothing better than to wake up in a ski resort and see blue skies when you were expecting none. At the rendezvous with the guides, our hopes were confirmed – heliskiing was on!

We kitted up with the compulsory airbags and headed up to the departure point by Rifugio Gabiet, hearts beating with adrenaline as the helicopter chop-chop-chop through the air came into hearing.

This day one helidrop took us to Cavallo – and access to superb pitches of powder that eventually took us back to the Rifugio Pastore for the ultimate hot chocolate, lunch and to boast about our turns.

The weather closed in quickly, so there was no time for a second drop on the Saturday, but the forecast for Sunday was looking superb and as we woke the next day so it proved.

Flying to the Colle de Lys

Local regulations mean that on Sundays the take-off spot has to be in Gressoney, so it was an early start, but no one was complaining as we took in the perfection of the magnificent Monte Rosa range.

Our second helidrop of the weekend was at 4000m near the Colle de Lys and Pyramide Vincent, in the shadow of 4527m Lyskamm. The descent was more challenging, with breakable windswept crust at first, followed by steep pitches, before crossing the icefalls of the Glacier de Lys. Finally, we made our way down huge powder fields towards Gressoney Stafal – a total vertical drop of almost 2400m. 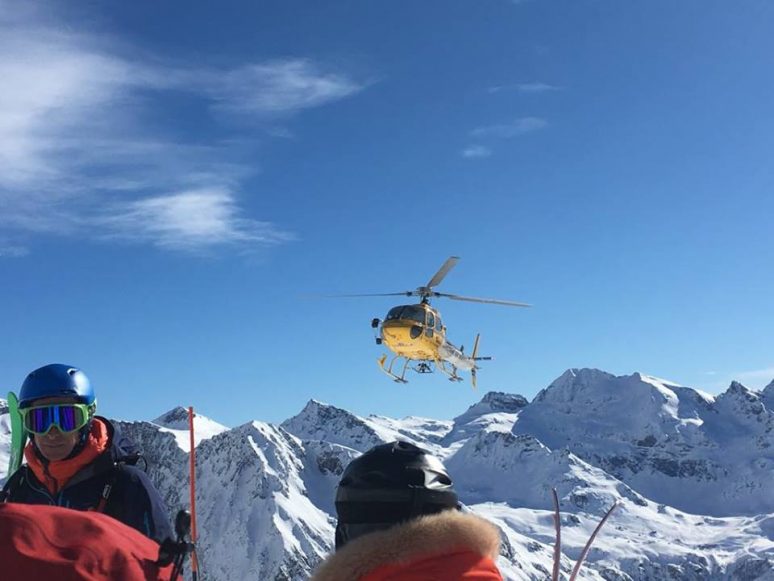 There was still time on Monday to bootpack or skin up to the imposing Giachetti Couloir. It was another white-out, but no one in the group was worried about that. It was the off-piste icing on a huge heliski cake! 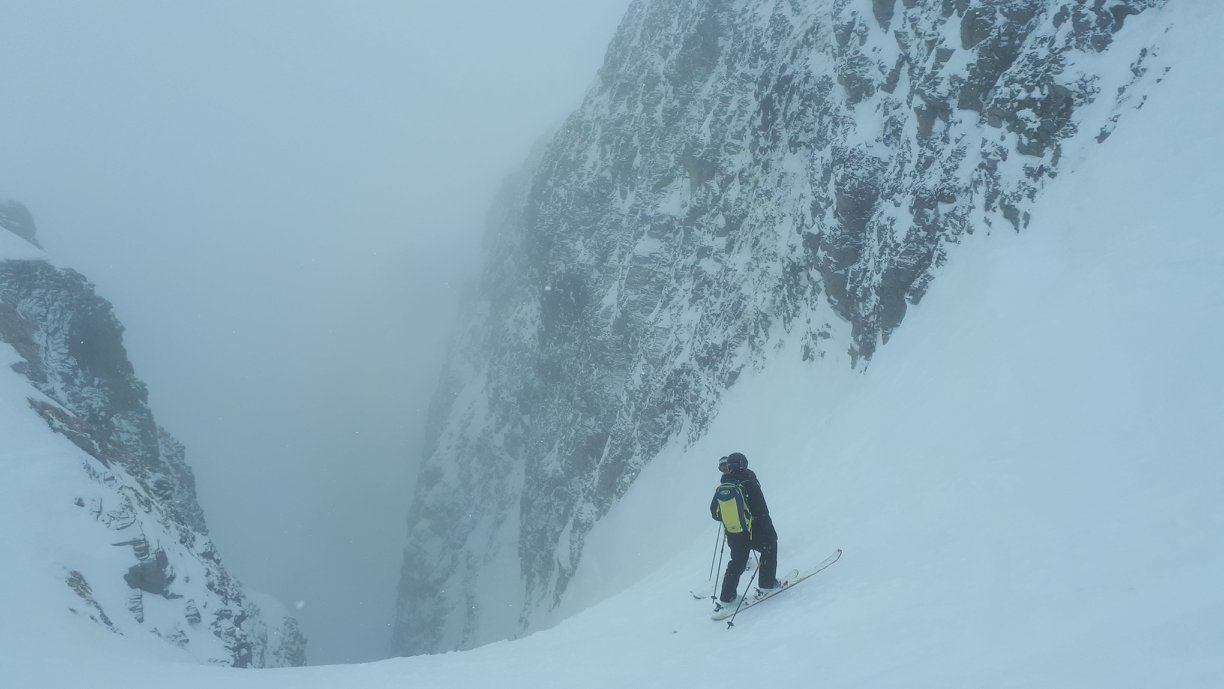 Hosted with panache by Graham Bell

It had been a spectacular weekend, hosted with panache by Graham Bell, who shared anecdotes from his years as an Olympic skier and as a presenter on ‘Ski Sunday’ and ‘The Jump’.

“Heliskiing in Alagna is like nowhere else on earth. Being able to drop off at over 4000m in altitude on the Monterosa mountain range is just incredible. The length of the descent is huge and the routes you can take are really varied. All in all it is just a fantastic day out.”

If you’d like to find out for yourself why Alagna and the Monterosa Freeride Paradise has such a great reputation, whether heliskiing for the first or umpteen time, then why not join our group trip to Alagna from 07-11 March 2019. Contact James Orr on 0333 006 5816 for more details. 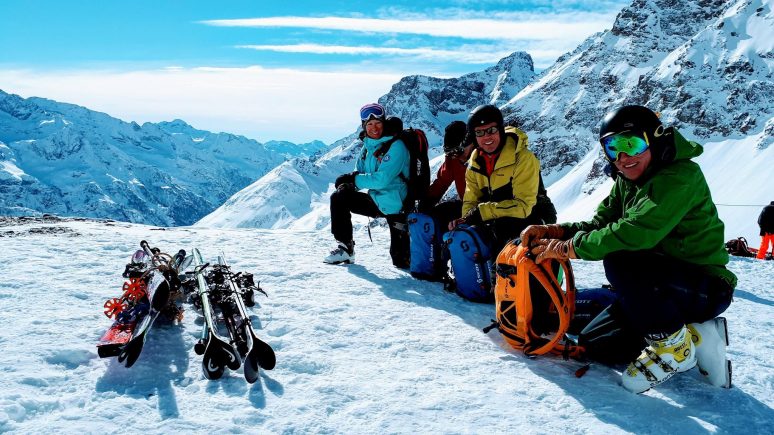